Storm Ciara sent Blackpool residents and visitors running for cover as 80mph winds battered the Lancashire coastline over the weekend. The town’s famous promenade was hit by the full force of the Storm, which has bursts the banks of many British rivers, uprooted trees and flooded homes across the country.

In one horrific video posted online, a child is blown from a pushchair and down the promenade by a powerful gust. The child’s concern father can be seen chasing after the youngster. Passers-by screamed as the child fell into the street and risked being hit by a car at around 12.30 pm.

Blackpool Council has opened an emergency centre for residents that have affected by torrential rain and wind brought on through the arrival of Storm Ciara.

A spokesperson for Blackpool Council said: “Some properties in the Blackpool area have been evacuated. “An emergency rest centre for those affected has been set up by our volunteers. We are working with the emergency services to do all we can. Please take care, do not travel unless you have to.” 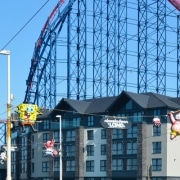 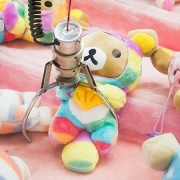