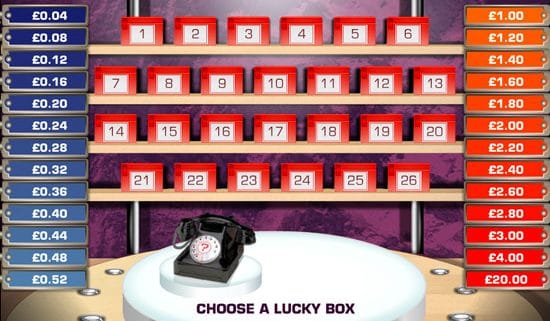 We’ve all watched the TV games show purely of chance, Deal or No Deal, where players randomly pick out boxes to reveal prize funds. It’s such a simple game and it’s the excitement of the random selection and risk that makes it interesting. Paddy Power Games are giving you the chance to be in the shoes of the contestant for once. Players of the online scratch card site can select a random box and at the end of the month the amount they have won will be revealed. The different between this version and the hit TV show version is that there is no banker on the phone giving you tempting offers.

Each box will have a predetermined and random free bet amount inside it, and you will hold onto this for the duration of the promotional period. So select your box however you like and let Paddy Power do the rest. If you have always wanted to experience that adrenaline rush seen on the show, get involved now.

In order to take part:
Get involved by going to the promotion page at Paddy Power and selecting a box number between 1 and 26. Then get your mobile device and download the exclusive Deal or No Deal app following these steps:

The promotion runs from Wednesday 24th April until 00.00 on Monday 29th April so make sure you wager the required amount by the end of the aforementioned period.

There is another promotion offered at Paddy Power when playing this app game. To celebrate the launch of the game, all players that download it and deposit and wager £5 on it will receive £5 in bonus credit. As soon as you have spent a fiver, your free bet will appear in your account automatically. The free bet received can only be wagered on the Deal or No Deal game. 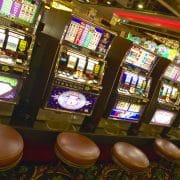